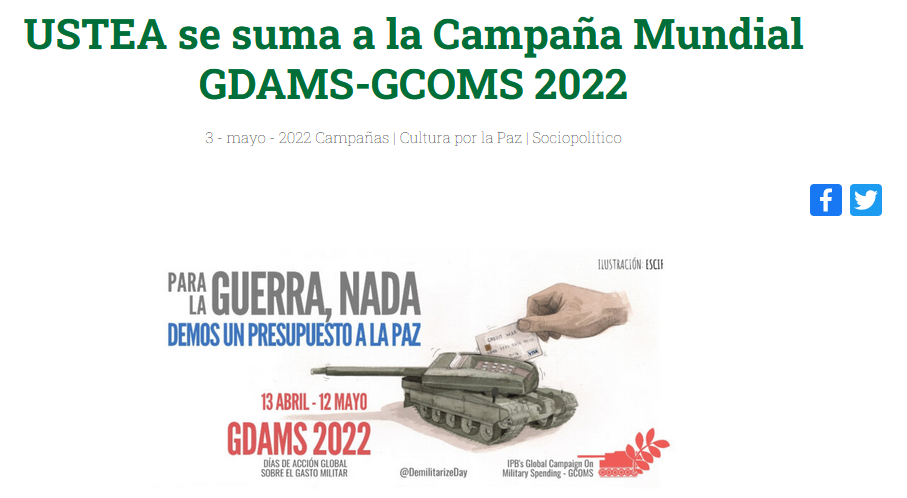 One more year, USTEA joins the GDAMS campaign. This year, the organization denounces once again how military spending, always on the rise, represents an opportunity cost that harms sectors such as education, health or public services, with more and more cuts, while the arms industry and the arms sales sector becomes richer. While conflicts are taking place with thousands of victims, with million of displaced people and refugees, the Spanish government has decided to double military spending, which was already exorbitant.