Home » Events » PROTEST IN GHENT: EUROPE FOR PEACE AND SOLIDARITY

PROTEST IN GHENT: EUROPE FOR PEACE AND SOLIDARITY 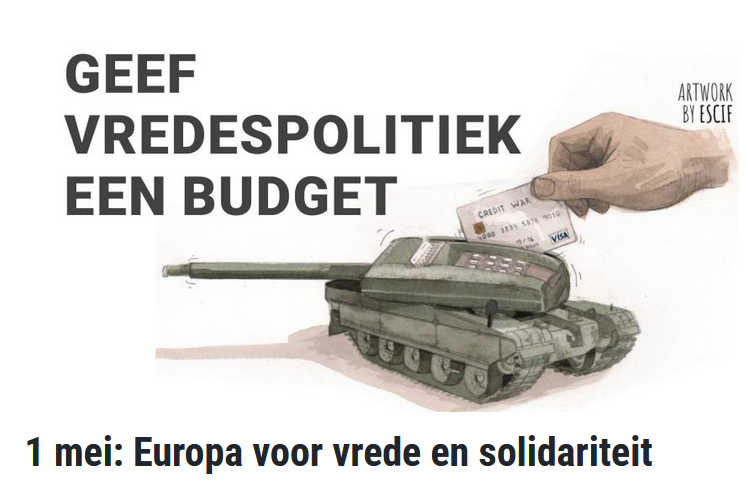 Vrede calls on people to join the May 1 protest in Ghent with a message of peace and solidarity.

The Russian war of aggression in Ukraine is drastically increasing military spending. The Belgian government decided at the end of January to invest 10 billion in war materiel, on top of the 9.4 billion of the previous government. The budgets of other NATO member states are also rising sharply. We want the militarization to stop. Already, the NATO alliance is overarmed with more than half of global and 17 times Russian military spending.

Militarization comes at the expense of human security and gobbles up budgets needed for public services, social protection and climate action.

Vrede condemns Russian military aggression in Ukraine and war crimes by the warring parties, and the threats of a nuclear war. It also demands efforts to be made to end the violence in Yemen, Ethiopia, Syria, Palestine, and solidarity with all refugees, of whatever origin.

It is time for a different security architecture in Europe, a security system based on dialogue, disarmament and demilitarization.