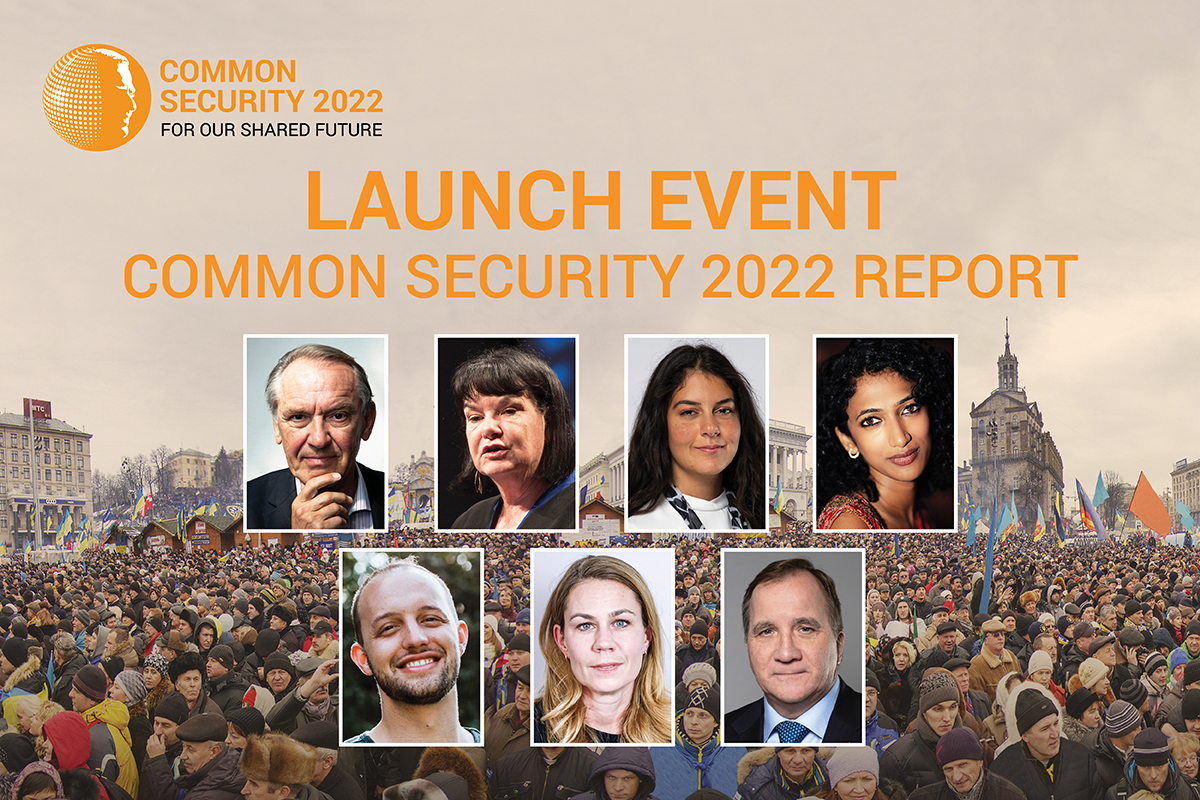 The world stands at a crossroads. The choice is between an existence based on competition and aggression or one rooted in peace and common security. Humanity faces the existential threats of nuclear war, climate change and pandemics. How we respond to these threats will define our very survival.

Our world order faces severe challenges. The common systems and structures – needed to provide security, combat poverty and inequality and prevent human suffering – are inadequate, and frequently violated or ignored. The future of humanity depends on us fixing our struggling global order.

This year marks the 40th anniversary of Olof Palme’s Independent Commission on Disarmament and Security Issues. Now, in 2022, Russian aggression against Ukraine is a reminder of what can happen when the world order fails. It is time to consider whether Palme’s concept of Common Security can help bring us back from the brink.

The report, Common Security 2022, informed by a High-Level Advisory Commission, a diverse group of prominent people from every continent, builds on the work of the Palme report and shows the way forward.

If you wish to attend on site in Stockholm, register via this form (The number of seats is limited):

The Launch Event is organised by Olof Palme International Center, ITUC and IPB.