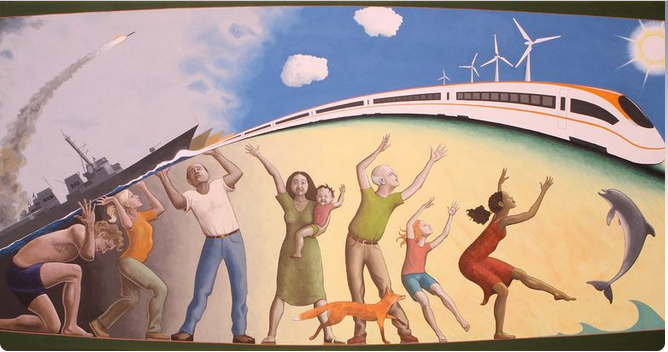 Organized by Reject Raytheon AVL – The Pratt & Whitney plant now being built in Asheville is a danger to people and planet. It will manufacture airfoil turbines, integral components of jet engines to be used in both military and commercial aircraft. What is needed is to convert our economy from one centered on the war industry to one that addresses the climate emergency. The Pratt & Whitney plant can and should be producing components for wind turbines, rapid rail systems, and solar collectors. Not for jet engines.

We will hold a rally on Earth Day, Friday, April 22, at 10 am. at the Bent Creek River Park to raise awareness about the Pratt & Whitney plant and to call for Windmills Not War Machines. Please join us to stand for people and planet over profits.