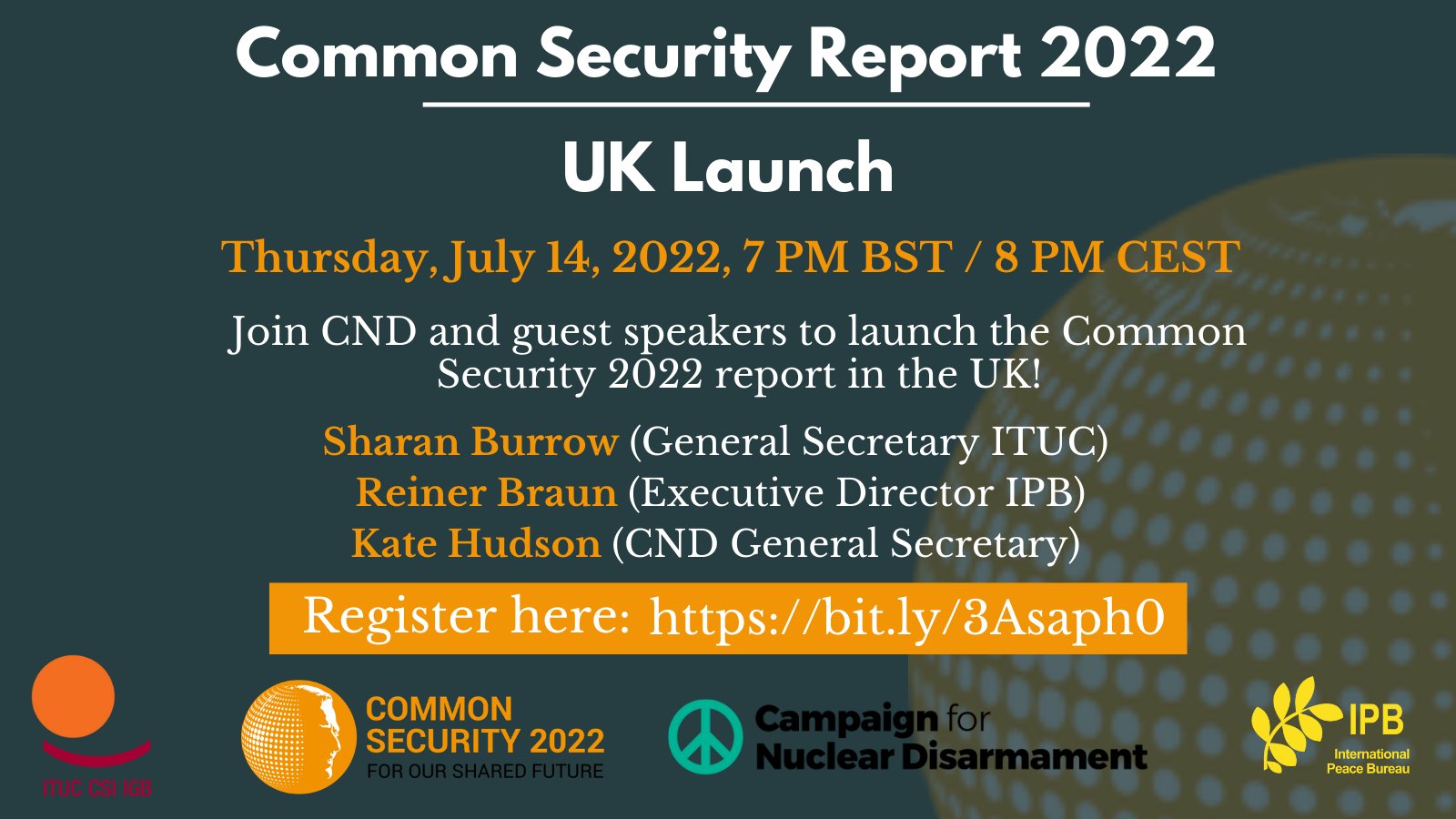 This year marks the 40th anniversary of Olof Palme’s Independent Commission on Disarmament and Security Issues. The Commission presented its report in 1982, at the height of the Cold War, and the Commission developed the concept of Common Security – the idea that nations and populations can only feel safe when their counterparts feel safe.

The new Common Security 2022 report – published by the International Trade Union Confederation (ITUC), the International Peace Bureau (IPB) and the Olof Palme International Center – comes at a time when the international order faces severe challenges. The world stands at a crossroads. It is faced with a choice between an existence based on confrontation and aggression or one to be rooted in a transformative peace agenda and common security.