This video aims to encourage a discussion on the concept of security in our society and to promote an alternative paradigm that puts people at the center and takes into account their needs and real day-to-day threats.

With Catalan actress Judit Martín as the protagonist, the clip also tries to highlight how military spending represents a waste of resources at a time of serious global emergencies and simultaneous crises.

This video is part of a project of Centre Delàs of Peace Studies and the International Peace Bureau, in the framework of the Global Campaign on Military Spending (GCOMS), funded by the Barcelona City Council. 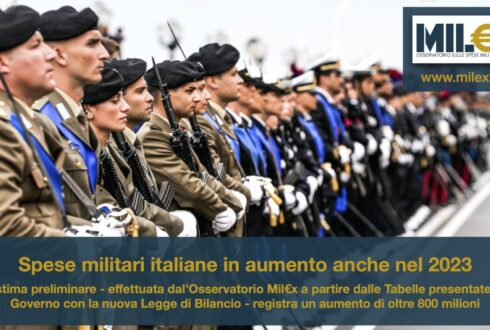 Italian military expenditure to rise in 2023